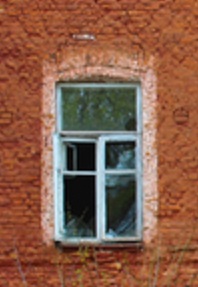 As Robert and I are driving home from a wedding we began talking about how one piece of trash just sets the stage for the hotspot to grow. He had placed an empty peanut bag in my pocketbook that had ended up on the floor. He said this is how it all starts. Then we started discussing the broken window syndrome. I thought it was a good time to share this essay with our members.

Last night as we got into bed; Robert had an epiphany! Since he knows me so well he refused to share it with me just as we were closing our eyes; I would be up all night long thinking or writing because it is hard to turn my mind off. He said remind him in the morning and then he would write an essay for us. My sweet darling is the smartest man I have ever met and the best part is he doesn’t try to make me feel stupid, but then I don’t roll my eyes when he explains things either; I am truly interested in his thoughts. (BTW men hate it when you roll your eyes; he told me this last night; who knew?) I can ask him anything and he will give me the answer or at least tell me where to find it. He is like living with a walking breathing encyclopedia. I just love it. He is such a good teacher too. I have asked him to write in the past and sometimes he has but not in a very long time. Today he wrote this for us.

The Bust of Pallas-a Moonlight Editor essay by Robert Cilley

In Poe’s poem, The Raven, there is, in one line, a condensed description of a room. The bird comes in and perches itself “on a bust of Pallas, just above my chamber door.” Try, in this age of eight-foot ceilings and drywall construction, to picture a room with a shelf, or maybe an inset, above the door-a space above the door, in other words, high enough to hold a life-size marble bust with a large bird sitting on top of it. It had to have a ten-foot ceiling at least, and more likely twelve; a high ceiling, anyway, and a display shelf of some kind above the door.

The poet mentions books-“many quaint and curious volumes of forgotten lore”, so there had to be bookcases, and in that sort of room, there would be wooden paneling, wainscoting, crown molding, picture molding, the whole package, pretty much like what I think a London club’s reading room would look like. I don’t know if there are any London clubs like that any more, or if there ever really were, except in literature and New Yorker cartoons, but regardless, I can picture them. And I can picture people in them, two types of people, actually, and only two: those native to that particular jungle, and their servants.

The natives are wearing clothes that to us would be uncomfortably formal: English  weeds, at a minimum, with vests and watch chains and shoes with  leather soles. Go ahead, try to imagine waffle-pattern rubber soles on those carpets; it doesn’t fit, does it? The servants are dressed differently-more plainly, more uniformly, but still in keeping with the surroundings. Tradespeople, of course, do not wander around the paneled parts of the place; they would look out of place in the literal sense of the phrase. Partly, they are not there because the natives would disapprove, but partly it is because a plumber in worn overalls and rubber soles would not feel comfortable in those  surroundings. He has his club, maybe, but it doesn’t look like Poe’s chamber. And while the English dandies will dress to the nines for the Derby, you won’t see them or anybody else, dressed like that at, say, an American baseball game. Because it isn’t the clothes as such that matter, it is the proper clothes for the place. A place defines its natives.

There is a building on the University grounds at Chapel Hill, that has a large reading room, high-ceilinged, paneled, tall windows. At one time  it would have passed for a proper English clubroom. When I was there, it had fallen victim to the Buildings & Grounds department’s philosophy of “It Can Wait”. The paneling was scuffed, the lighting fixtures hanging from the high ceilings were dusty, the floors were bare, and had long since lost their shine, and the students who hung out in it, myself included, wore whatever they wore to class: jeans maybe, or khakis, cut-offs, sweatshirts, T-shirts with messages, rubber soled shoes, or no shoes at all. The sad condition of the place had let the common herd (again, myself included) feel at home, whereas a properly decked-out Englishman would have looked like a fool there. A place defines its natives, and when a place changes, the natives get redefined.

Note well: it does not matter why the place changes, nor in which direction. The rule still works. Take the London clubroom, put a brightly-lit plastic-faced Coke machine, over in the corner, and the standard of dress will change. That may be a good thing, or a bad thing, but it will be a different thing. Or take a church where all the men wear coats and ties. Bring in guitar music and hang some of those flags with felt shapes pasted on them, and see what happens to the necktie count.

We aren’t talking about rooms only, of course. We have let our inner cities become human-scale rat warrens, and crime goes up. The place has defined its natives, and what are crimes to us, are coping skills to them. A deteriorated neighborhood does not attract the criminal element; it creates it. And fixing the broken windows, hauling away the junk cars, filling the potholes, does not drive the riff-raff somewhere else; it changes the natives’ self-image, and they aren’t riff-raff any more.

Do our surroundings create the depression or does the depression create the clutter. Hasn’t that always been the proverbial question; which came first the Chicken or the egg. Well it really doesn’t matter; We can argue about either question all night and all it does is keep us sidetracked from doing something about it. We don’t have to see the top of the staircase to take the first step as Martin Luther King Jr. said.

Your first babystep is to get dressed to lace-up shoes!

Then go shine your sink!

We have to start someplace! Here is as good a place as any!

All of our Rags are on Sale