Are you tired yet? When I say those words do you have to ask yourself what you are tired of or does the list just roll off your tongue. You were tired when you first went looking for a way to get your life organized. You thought that would be the cure for that tired feeling in your life.

That exhausted feeling comes from all the stress we put on ourselves because of our perfectionism. It also comes from not learning from our mistakes and continuing the vicious cycle of making the same mistakes over and over again; then beating ourselves up because of those mistakes.

I used to do the same thing. I will never forget that January 1st in 1999 when I decided to get organized and sat down with my Sidetracked Home Executives card file box to figure out why it had never worked very long for me. I had made mistakes over and over again and what where they and how could I change that behavior and find the peace that I knew had to be out there somewhere.

I learned several things about myself as I took that whole day to ponder on this problem. I had never in my life sat down to actually solve this problem for myself. I had looked for quick fixes and other people to help me. You know those self-help books we buy. We buy them and don’t read them. We just expect them to work through osmosis.

The first thing I learned was that I had not ever established a habit! I allowed the cards to tell me what to do; instead of using the cards as a framework to build my habits on or as a checklist.

The second thing I learned is that I love the ideal of having an organized home. Did you hear that one? I mis-spoke or did I? There are really no mistakes just learning experiences. Ideal is just a synonym for the word perfect. Perfectionism again!

The third thing I learned was that I can go overboard and crash and burn because I want it done NOW! Perfectionism again!

The forth thing I learned was how guilty I felt every time I saw my card file box! The guilt came from knowing that the system would work if I would just use it! Then I would beat myself up again because I didn’t have any self-discipline. I was really good at being mean to me!

The fifth thing I learned was that I had to stop these four things if I was ever going to make a change in my life!

The sixth thing I learned was that I love to make lists. Over and Over again and never really check anything off. Isn’t that what lists are for. Just a reminder. Then beat myself up when I didn’t do everything on the list.

The seventh thing I learned was that deep down inside I felt that I needed to be punished when I didn’t do something the right way! Oh that one really hurts now that I think about it! What was the right way and why did I have to punish myself for being me.

The eighth thing I learned was that I don’t really like the idea of being disciplined. I just want to have fun! So in order to do fun things I had to get this monkey off of my back and at the same time not think of it as discipline or punishment.

The ninth thing I learned was that I had a hard time getting dressed each day because it was not a priority. I got dressed when the card came up and not as the start of my day. I had watched Robert do this for a couple of years and that was not what I did unless I had to leave the house early.

The tenth thing I learned was that clutter in a room overwhelmed me and I had a hard time moving. I guess this is why I tried to find things outside of our home to do instead of having to think about cleaning house because it bothered me.

The eleventh thing I learned was that I wanted to be successful and after putting all this together I found the key that could help me find success. It all began with being nice to myself!

Imagine that! This is what finally came out of my looking at the problem and why things I had done in the past had not worked. Don’t ever let anyone tell you that you are not smart! We just have to take the time to figure it out instead putting out the fires and putting Band-Aids on the problems. We had to get to the bottom of the pile!

I have always said that our homes are just a symptom of the problem and not the real problem. If I can teach you how to be kind to yourself in every way then your home will come together.

This is what FLYing is all about; Finally Loving Yourself! Not beating yourself up by trying to do too much or not doing something right. When we love ourselves just a little we will be kind and understanding. We will feed ourselves properly, drink our water and rest. We won’t pull out more than we can put back in an hour! We will pace ourselves and make it fun in the process. We will not use housework as a punishment but as a way to love ourselves because we deserve to live in a home that blesses us, day in and day out! NOT JUST WHEN COMPANY IS COMING!

This afternoon I am going to watch Groundhog Day for the first time. Everyone has told me that this is a good movie. We don’t have to keep making the same mistakes over and over again. We can change and we can take advice from someone who has made the same mistakes that you have! We don’t have to reinvent the wheel! We just have to be kind to ourselves and enjoy the process by letting go of our perfectionism.

Are your ready to FLY with me!

What are you waiting for? Procrastination hurts you!

Most of our rags are on sale!

Silver Rags are being discontinued! Same great fabric as our purple rags! 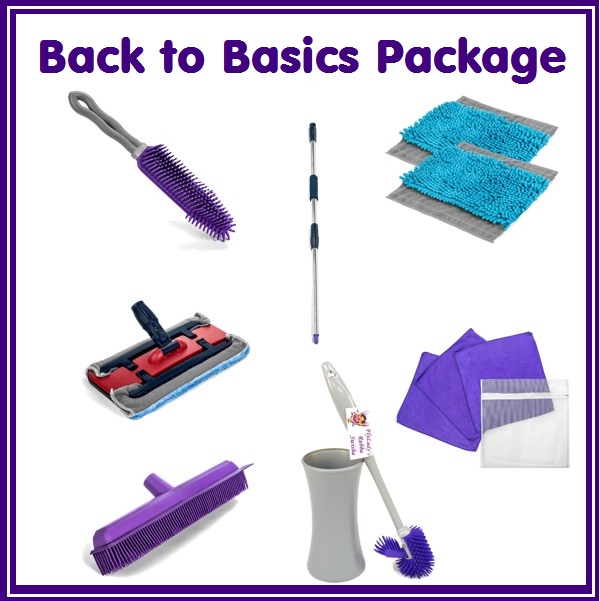 Now is the time for you to take advantage of this great sale!

Let’s hunker down and get things done! Declutter and Shine your home! Grab your purple rags and wipe down your door knobs, light switches, remotes, and flat surfaces.

This entry was posted in Morning Musing. Bookmark the permalink.