Moving in May! Look How Far You Have Walked!

What a beautiful world we live in! Spring is in the air and May is a fantastic month for moving! Moving is FLYing! This year we will be enjoying all of the beautiful educational locations across our globe during our Virtual Walking Tour. We will be exercising our bodies and our minds! Don’t forget, every 15 minutes equals 1 mile! Check often and record your minutes. Moving is such a wonderful way to to lift your spirits, stay healthy and have more energy. Let’s make this month’s habit stick for the rest of the year!

This place is notorious for experiencing misty days and showers year-round so pack an umbrella when you visit.
It was founded by the Romans, who named it Londinium.
In 2012, it became the first city to host the modern Summer Olympic Games three times.

The English writer Samuel Johnson famously said, “You find no man, at all intellectual, who is willing to leave London. No, Sir, when a man is tired of London, he is tired of life; for there is in London all that life can afford.”
London is the capital and most populous city of England and the United Kingdom.

The London Underground is the oldest underground railway network in the world.

London is one of the leading tourist destinations in the world and in 2015 was ranked as the most visited city in the world with over 65 million visits.

This place is just 6 miles long and more than 2 miles wide.
The main languages here are French and Tahitian.
Author James Michener, who wrote “Tales of the South Pacific,” called it “the most beautiful island in the world.”

Dormant volcanoes rise up at its center and fan out into lush jungle before spilling into an aquamarine lagoon. 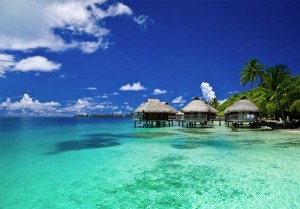 The 18th-century British explorer James Cook coined it as the “pearl of the Pacific.”
Bora Bora is a major international tourist destination, famous for its aqua-centric luxury resorts.
In ancient times the island was called “Pora pora mai te pora”, meaning “created by the Gods” in the local Tahitian dialect.
In addition to the existing islands of Bora Bora, the new manmade motu of Motu Marfo has been added in the northeastern corner of the lagoon on the property of the St. Regis Resort.

The official languages here are Spanish and Catalan; Catalan is most commonly used among local residents.
It is one of the world’s leading tourist, economic, trade fair and cultural centers, and its influence in commerce, education, entertainment, media, fashion, science, and the arts all contribute to its status as one of the world’s major global cities.
This beach was listed as number one in a list of the top ten city beaches in the world according to National Geographic and Discovery Channel. 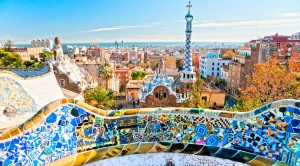 Barcelona is the capital city of the autonomous community of Catalonia in Spain as well as Spain’s second most populous municipality, with a population of 1.6 million within its administrative limits.
Especially remarkable is the work of architect Antoni Gaudí, which can be seen throughout the city. His best-known work is the immense but still unfinished church of the Sagrada Família, which has been under construction since 1882, and is still financed by private donations.
Barcelona won the 1999 RIBA Royal Gold Medal for its architecture,the first (and as of 2015, only) time that the winner has been a city, and not an individual architect.
Spanish society — especially in Barcelona — still takes a siesta break at midday, usually between noon and 2 p.m.

This the metropolis surrounds the world’s largest natural harbor.
There are more than 250 different languages spoken here.
There is a significant concentration of foreign banks and multinational corporations here and the city is promoted as Asia Pacific’s leading financial hub. 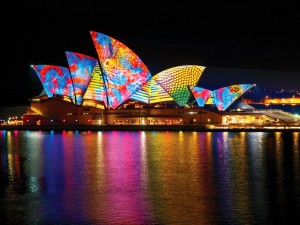 Sydney is the state capital of New South Wales and the most populous city in Australia and Oceania.
The population of Sydney at the time of the 2011 census was 4.39 million, 1.5 million of which were born overseas, representing many different nationalities and making Sydney one of the most multicultural cities in the world.
Its natural features include Sydney Harbour, the Royal National Park, Bondi Beach, and the Royal Botanic Gardens. Man-made attractions such as the Sydney Opera House and the Sydney Harbour Bridge are also well known to international visitors.
Sydney has been ranked between the fifteenth and the fifth most expensive city in the world and is the most expensive city in Australia. To compensate, workers receive the seventh highest wage levels of any city in the world.

It is one of the most populous urban agglomerations in the world.
It has been described as the cultural and financial capital of the world.
This place is situated on one of the world’s largest natural harbors.

The City of New York, often called New York City or simply New York, is the most populous city in the United States. 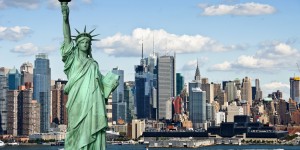 The city and its metropolitan area constitute the premier gateway for legal immigration to the United States, and as many as 800 languages are spoken in New York, making it the most linguistically diverse city in the world.
Central Park, an 883-acre (3.57 km2) park in middle-upper Manhattan, is the most visited urban park in the United States as well as one of the most filmed locations in the world, with 40 million visitors in 2013.
Over 600,000 students are enrolled in New York City’s over 120 higher education institutions, the highest number of any city in the United States, including over half million in the City University of New York (CUNY) system alone in 2014.
New York City is home to the headquarters of the National Football League, Major League Baseball, the National Basketball Association, the National Hockey League, and Major League Soccer.

FlyLady.net: Helping women around the world get their home organized. Copyright 2001 - 2022 FlyLady and Company, Inc.